Is there shame in crying for 4 hours in the bathroom? 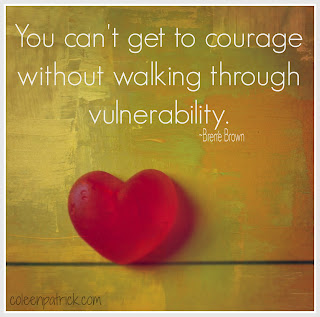 I was told the other day about a well known blogger state side who never presses the Publish button until he is really scared of what he has written. If not scared enough, he goes back in, has a rewrite, then presses the ta dah button.
So often we get into a comfortable life modus operandi and we pop our ‘stuff’ on a shelf, kind of out of the way, nevertheless still visible and sometimes uncomfortably THERE. And it kind of got me thinking, have I scared myself recently with what I have written….? Would it still be too painful to share the even darker parts of life, divorce and my mental health? I thought about courage and vulnerability ….
One afternoon, 18 months into my divorce, I hit a mental and emotional wall. It was the middle of the week, the children were at school, life was seemingly OK and there were no obvious signs of distress.  I was in the kitchen making a cup of tea and I just stopped and I began to cry. The really big, full tears, the tears that drop onto your cheeks and splatter their heaviness onto your lips, chin and chest.  They kept on falling and I didn’t know why. My body began to feel very much smaller, I sunk into my frame, shrinking, my shoulders so low, curved protectively inwards and hands felt limp and physically lifeless.

I looked about me and realised this room was far too big for me to be in, I needed to go somewhere, somewhere small, embryonic, dark.  My bedroom was not the place either and I stumbled around my home as if I had entered a shrinking Wonderland where nothing seemed as it should be…. feeling more and more nothingness. I found a small space, the downstairs loo, the smallest space.  I closed the door on my big eyed, concerned dogs, sank to the floor, knees up to my chest and I really began to cry. I felt the most helpless ever, feeling like I had no strength to do anything, but surrender to the waves of sadness, despair and utter numbness, feelings so unexpectedly engulfing me. I cried for the loss and the sadness, the shame and the anger of divorce. I sobbed out loud, cradling my knees, rocking myself as I would a baby. I

felt the most raw, open and surrendered human I have ever been, like a carcass on an arid desert plateau with a few responsive vultures picking over what was left. I envisaged the sun beating down on me, forcing me to cry, to release and to just be with my emotions and feelings… There was no trigger, I had no clear reasons, no obvious real drama that week or month. I knew divorce weighed heavily, but out of nowhere came this rising of a big black emotional flag and the present moment awareness of ‘me’ in this ‘state’.

And then I began to think of the possibility of a nervous breakdown? Could it be that my mental health was not as robust as I had thought it was? What were the triggers for this – exhaustion, balance, stress? Any number of these could be queuing up for the fallout fest going on in my being.  My stomach wanted to wretch, to clear out the emotional detritus, I was eager for escape from the confines of my emotional control freakery, or ‘the holding it together’.  I wanted to sick out, expunge everything, to be clear and vulture cleansed of

whatever I was desperate to release…. So 3 hours later, I still was not ready and I cried some more. I cried for the world, for families torn apart by war, hatred and religious fervour.  I cried for the children who every day who, no matter what, have smiles that reach out and touch us from their beautiful innocent souls and hearts…. I cried until I began to feel a lightness entering into my mind, body and spirit, relinquishing divorce shame, grief and failure tears, all capitulating completely and with abandon that afternoon.

I came to and took the biggest breath of air, I needed space, to go and stand in the garden, to let the rain wash the salty trails off my cheeks, to feel my dog’s noses 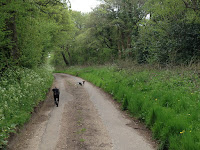 nuzzling my palms and breathe new air into myself.

What I learnt that afternoon was that what ever I was going through was real, human and although I had not understood the last few hours, I knew I was not done yet… I was not done with believing and trusting my inner extraordinary strength. I understood my vulnerability that afternoon, that I was not weak, I was resilient… I had shown my softest underbelly to myself in my surrender and I was still strong enough, whole and alive.
Holding on so tightly to stuff that exists in all of us inside and NOT crying can be exhausting. What I acknowledged and experienced that afternoon was a release that gave me the space. A space to be filled instead with positive change in my well-being, kindness to myself, less judgement and comparison, enabling me to take responsibility for my mental health. So do I have shame writing this blog?  No I don’t, it has been liberating… has it taken courage to write it …. yes, very much so.  Am I scared to press the Publish button …yes, I am human….
With love Natasha